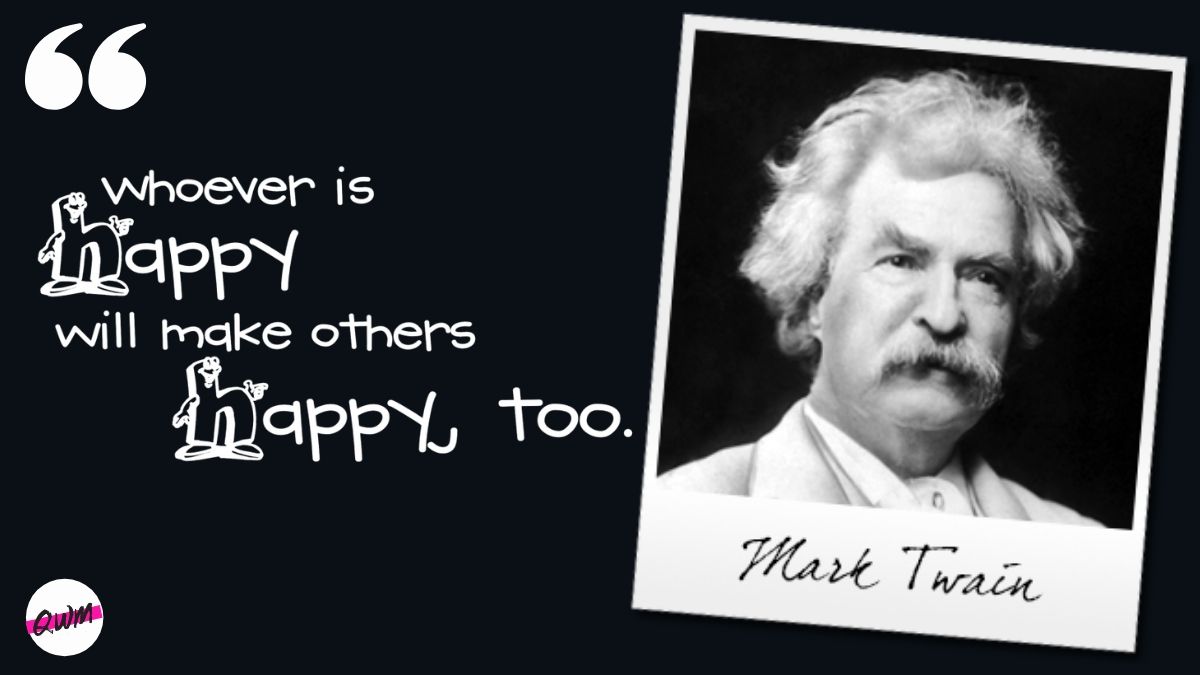 Nothing could teach us more than our experiences. Life is unknown and unfathomable territory. No could dive deep into it. But at what level we have dived individually, it has given us treasures of experiences, which are of great value. Actually we don’t live with people. We live with memories. In this post, we are going to tell you about top 50 Mark Twain quotes and little bit about his life and interesting facts related to him.

Who was Mark Twain? And Mark Twain quotes that could change your life.

If not writers in the world, who could inspire and aspire us? Perhaps we all would be dying or remain dull if not writers live in this world. Such writer was Mark Twain who has inspired millions of generations and still is. His full name was Samuel Langhorne Clemens. Mark Twain was his pen name.

He was not just a writer but a personality that has many multitudes of roles. He was an entrepreneur, lecturer, publisher and humorist; a quality that women like most in men. He is known the greatest humorist of America and William Faulkner had called him ‘the father of American literature’.

Mark Twain was born on 30 November 1835. When he came to his understanding, he just did not start writing while did various odd jobs to run his livelihood before becoming a full time writer. That various odd jobs experience had given him materials for writing.

First he did apprenticeship with printer and after that tried his luck working as a typesetter providing articles for his older brother’s newspaper. He also worked as a riverboat pilot and a miner too. After all these works, he finally turned to journalism. His first story that got published became famous internationally and also got translated into French. Story name was ‘The Celebrated Jumping Frog of Calaveras County’.

Through his writing Twain earned a lot of money but lost too in many of his investments. His fame was in all four directions, friend to royals, presidents and artists. His mother name was Jane and father name was John Marshall Clemens. And here are all the top 50 Mark Twain Quotes.

There is no unhappiness like the misery of sighting land (and work) again after a cheerful, careless voyage.

Travel is fatal to prejudice, bigotry, and narrow-mindedness, and many of our people need it sorely on these accounts. Broad, wholesome, charitable views of men and things cannot be acquired by vegetating in one little corner of the earth all one’s lifetime.

Twenty years from now you will be more disappointed by the things you didn’t do than by the ones you did do. So throw off the bowlines, sail away from the safe harbor. Catch the trade winds in your sails. Explore. Dream. Discover.

The gentle reader will never, never know what a consummate ass he can become until he goes abroad.

It liberates the vandal to travel––you never saw a bigoted, opinionated, stubborn, narrow-minded, self-conceited, almighty mean man in your life but he had stuck in one place since he was born and thought God made the world and dyspepsia and bile for his especial comfort and satisfaction.

I have found out that there ain’t no surer way to find out whether you like people or hate them than to travel with them.

Travel has no longer any charm for me. I have seen all the foreign countries I want to except Heaven and Hell and I have only a vague curiosity about one of those.

The secret of getting ahead is getting started.

…nothing so liberalizes a man and expands the kindly instincts that nature put in him as travel and contact with many kinds of people.

When all else fails, write what your heart tells you. You can’t depend on your eyes when your imagination is out of focus.

The worst loneliness is not to be comfortable with yourself.

A good marriage is the union of the two good forgiveness.

Work is a necessary evil to be avoided.

I make it a rule never to smoke while I’m sleeping.

If you tell the truth, you don’t have to remember anything.

The secret of getting ahead is getting started.

To succeed in life, you need two things: ignorance and confidence.

Courage is resistance to fear, mastery of fear – not absence of fear.

The fear of death follows from the fear of life. A man who lives fully is prepared to die at any time.

Get your facts first, then you can distort them as you please.

Kindness is the language which the deaf can hear and the blind can see.

I have never let my schooling interfere with my education.

You can’t depend on your eyes when your imagination is out of focus.

The lack of money is the root of all evil.

A man’s character may be learned from the adjectives which he habitually uses in conversation.

Never put off till tomorrow what may be done day after tomorrow just as well.

Age is an issue of mind over matter. If you don’t mind, it doesn’t matter.

Whenever you find yourself on the side of the majority, it is time to pause and reflect.

The political and commercial morals of the United States are not merely food for laughter, they are an entire banquet.

An honest man in politics shines more there than he would elsewhere.

Politicians and diapers must be changed often, and for the same reason.

Always tell the truth. That way you don’t have to remember what you said.

To lodge all power in one party and keep it there is to insure bad government and the sure and gradual deterioration of the public morals.

It could probably be shown by facts and figures that there is no distinctly native criminal class except Congress.

No man’s life, liberty, or property are safe while the legislature is in session.

I suppose, just as an honest man in politics shines more than he would elsewhere.

When you fish for love, bait with your heart, not your brain.

Love is not a product of reasonings and statistics. It just comes-none knows whence-and cannot explain itself.

The more I learn about people, the more I like my dog.

If you want love and abundance in your life, give it away.

You can’t reason with your heart; it has its own laws, and thumps about things which the intellect scorns.

The best way to cheer yourself up is to try to cheer somebody else up.

Those that respect the law and love sausage should watch neither being made.

These are some of the most interesting facts about Mark Twain, one of the most famous writers in history. If you want to go into more details of his life, you must concern a good book. We have just some briefs for you that can intrigue your interest.

Writers are a material to study and you must if you really want to understand their work. It gives different perspective. Mark Twain had an interest in paranormal too and that society is still active whose member he was.

Writers have the power to change the world and really they have done it and doing it still. You must read Mark Twain as he is one of the best celebrate writers of this world. For you, we have his quotes that can you read. So you never forget to share and spread top 50 Mark Twain quotes, and his teachings what he has said.